What Will My Scars Look Like After Breast Reduction? 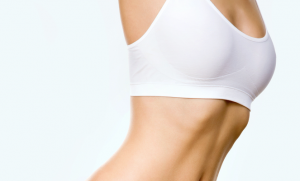 Each breast reduction surgery is custom-tailored to suit the unique needs and cosmetic goals of the patient, thus the incision patterns used to complete the procedure can vary depending on the technique used. Generally speaking, there are three approaches that Dr. Jeffrey Copeland may choose from to accomplish your breast reduction:

The technique he selects depends on a variety of factors, including the composition of the breasts, skin elasticity, size of the breasts, degree of lift required, and amount of tissue to be removed. The method chosen ideally balances the greatest degree of improvement with the least amount of scarring.

Compared to other approaches, SPAIR technique-based breast reduction surgeries result in the least amount of scarring due to the unique locations of the incisions required to accomplish the reduction and lift of the breasts, and maintenance of lower breast supporting structures. The Vertical incision technique leaves two incision lines: one around the outside of the areola, and a vertical incision line from the base of the areola to the inframammary fold (the crease located along the underside of the breast). For the Inverted-T method, Dr. Copeland adds a third incision line to the Vertical technique, which is hidden along the inframammary crease. All incisions are carefully placed to keep any resulting scarring as hidden as possible after healing (within the areola or beneath the breast), however it should be noted that there is no way to completely conceal the vertical incisions used in any of the techniques. The appearance and visibility of scarring varies among patients, but generally, post-surgical breast reduction scars fade with time and can often be addressed with fractional CO2 laser treatments to further diminish their appearance if desired. We invite you take a look at breast reduction before and after photos of our patients to see examples of their results.